Our second day and last full day in Edinburgh had been productive. Although it was as gloomy as the day before and starting to drizzle (a perfect bed weather), we started our morning early as we were planning to visit three tourist destinations that day. Our first stop was the Rosslyn Chapel- a special trip and Date’s important mission as he is a huge fan of The Da Vinci Code. I’m a book lover as he is but the genre is not my cup of tea. I’ve seen the first few minutes of the movie but didn’t finish as I felt bored and moved on to a more exciting one. Sorry, fans.

Anyways, we took the bus 37 to Penicuik as it passes by Roslin Village where we’re getting off. I haven’t read the book and haven’t reached the chapel’s significance in the movie so I didn’t have a clue that that was why we were going there. He was enthusiastically “educating” me stuffs from the book and showing me clips from the movie on our way there. It got me curious a little bit and maybe made a little deal to watch it again soon… ish.

The chapel is just a walking distance from the bus stop in front of The Original Roslin Inn. You’d get in the Visitor’s Centre first and then buy the tickets. There is also a coffee shop inside the shop if you want to have something before or after you’ve explored the chapel.

• The close up pictures of the statues.

Rosslyn Chapel isn’t that big but the architectures both inside and out are so exquisitely beautiful. The intricate and delicate details of the carvings- from the pillars, to the walls, windows and ceiling are absolutely stunning. By far, this is the most uniquely designed chapel I’ve been. There is clearly history and mystery imprinted in every inch of the stonework. 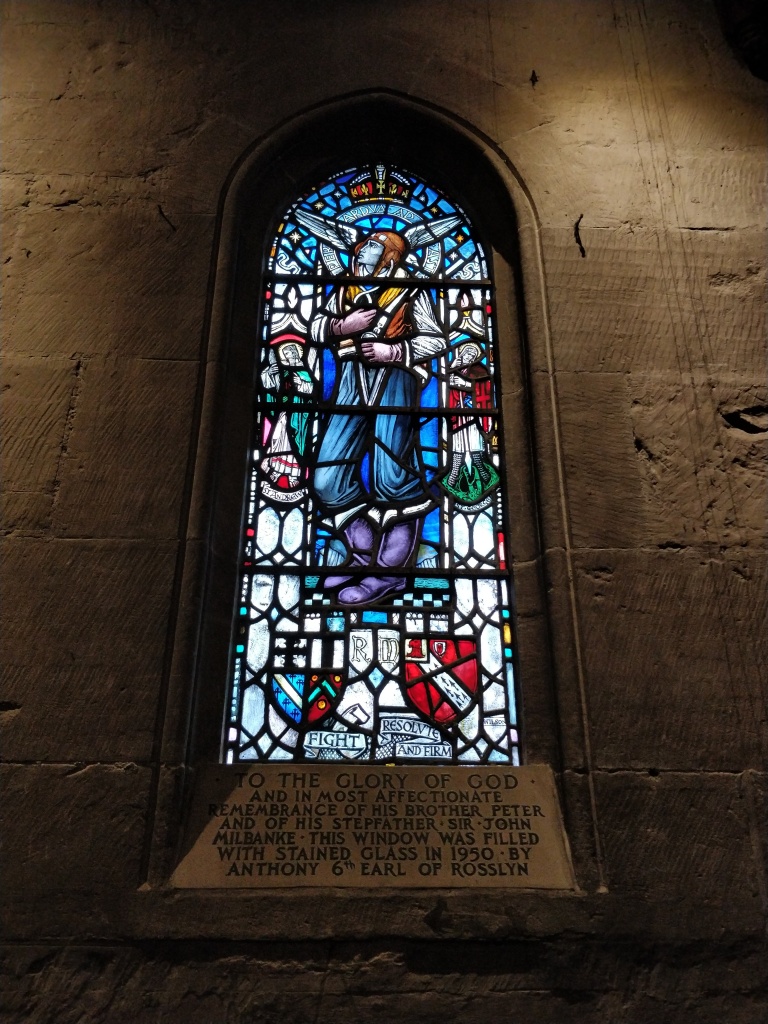 The chapel has been popular to tourists not just because of its rich history having been founded by William Sinclair in the 1400s but also became even more popular as one of the locations of Da Vinci Code. So, if you’re a fan like Date, this should be in your list to see to uncover the secrets and mysterious hidden messages of the chapel grounds.

The Crypt must be the most popular site of the chapel as there were speculations that the Holy Grail was once buried here. 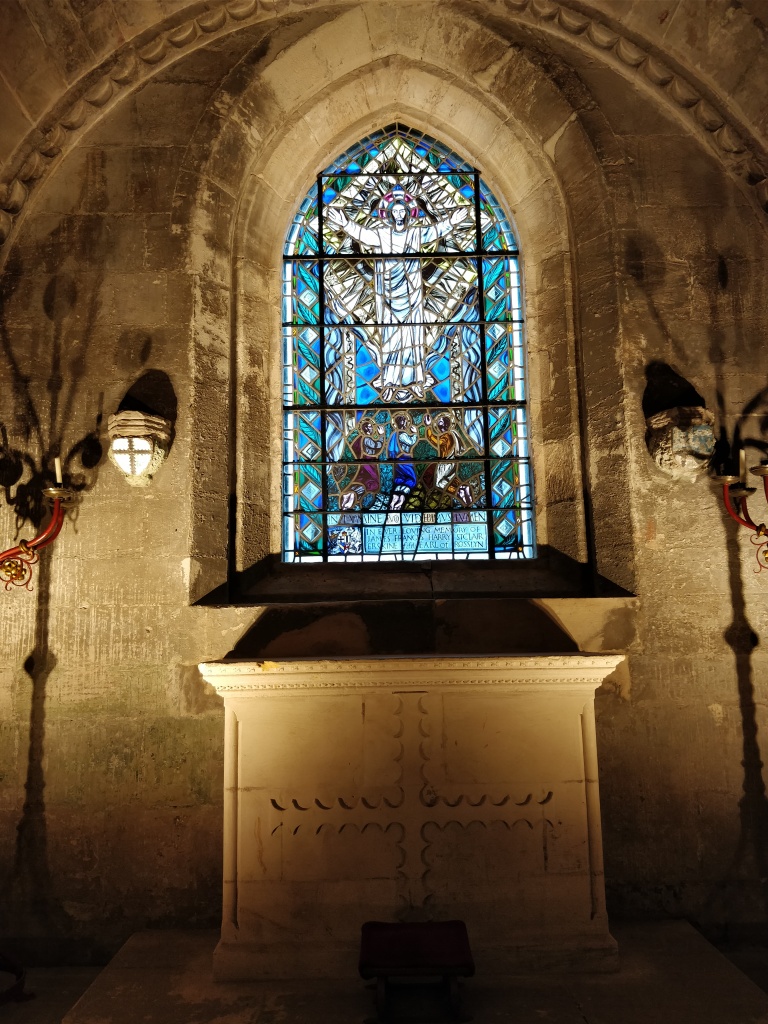 Date having a blast looking for clues from the book and edging his way to get inside the red door to the lower crypt. 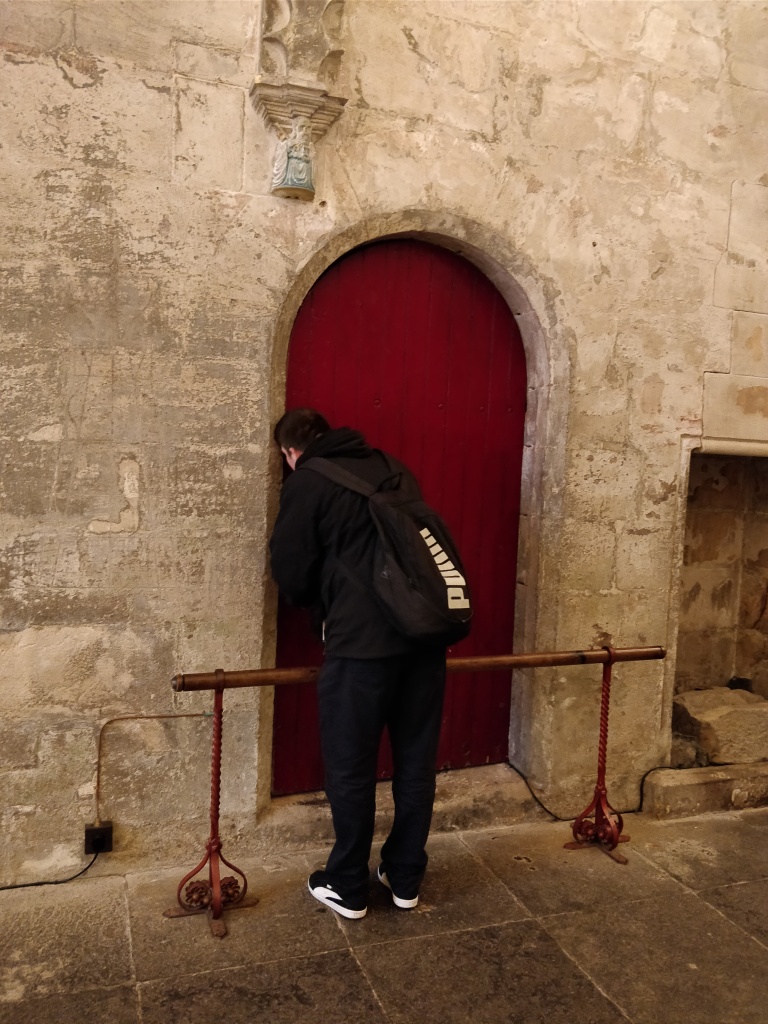 I know he’s curious. But I didn’t know he is this curious! I was just inside a tiny room, admiring old stone carvings and found Mr. I shall-open-all-closed-doors, whose middle name is also “There shall no big barriers between me and the other side” was peeking inside a gap between the door. I was nervous someone will find us doing something we’re not supposed to. He really wanted to see what is hidden in there and he was disappointed it was closed for public.

Visiting the chapel was really exciting even you have no clues about the Da Vinci Code. There are chapel guides inside who give talks about the history for free. The stone carvings and its mysterious symbol are somewhat intriguing and coming here especially if you’re a fan is probably like being in wonderland.

After the chapel, we decided to have our afternoon snack at the village while we wait for our bus back to Edinburgh.

We had a bite of carrot cake at Dolly’s Tea Room. It is located inside the Chapel Cross Guesthouse. The interior of the tea room looks like a Mad Hatter’s tea party. It was really cool. 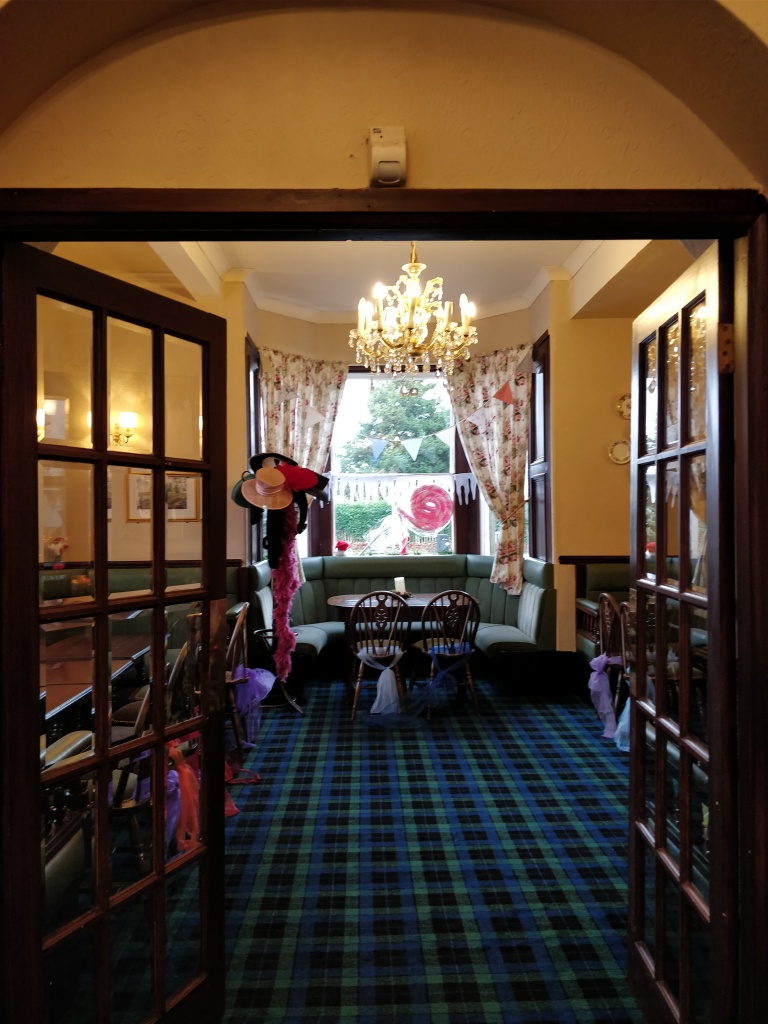 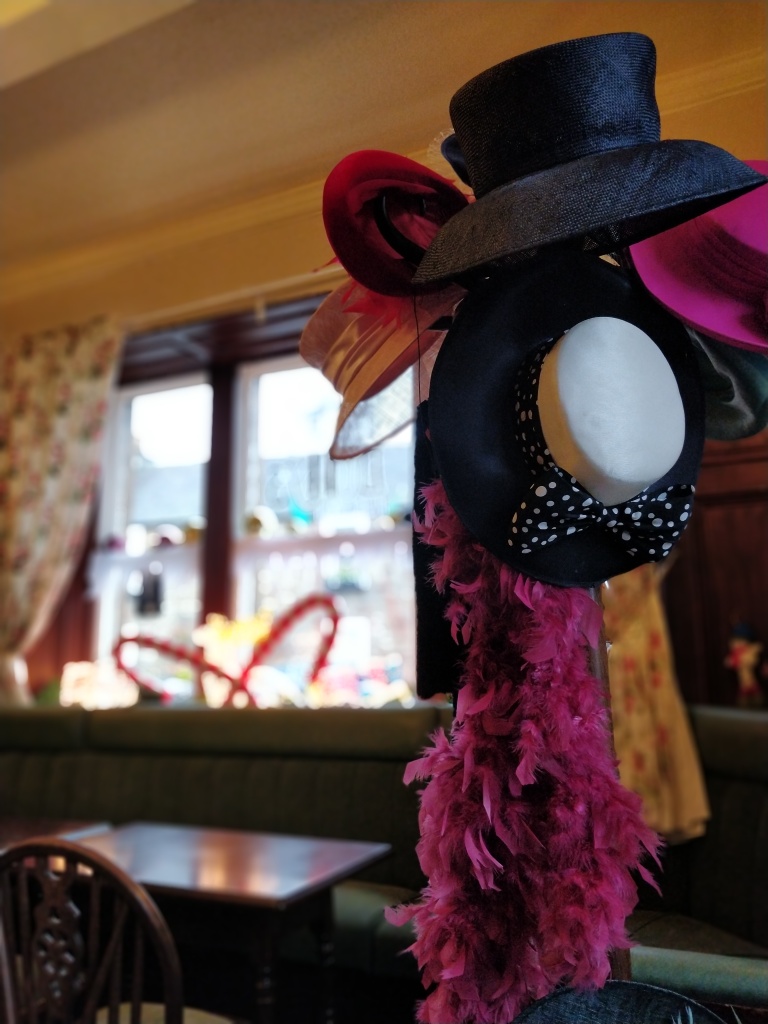 And there’s our trip to the chapel. After we had our refreshments, we went to another Date’s mission which is the Surgeon’s Hall Museum.

P.S: Visitors are not allowed to take photos and videos inside the chapel but I didn’t see the sign so I want aware. I was only informed after I’ve taken tons of pictures on our way out.